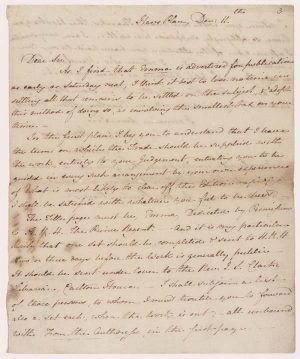 It isn’t often one catches a duchess telling a whopper. This one concerns the delightful custom of afternoon tea.

Anna Maria Russell (1783–1857), the Duchess of Bedford, claimed to have originated the then-fashionable custom. But people were obviously taking afternoon tea long before Her Grace had any influence over the matter.  Take a look at this quote from The Diner’s Dictionary (2nd ed.), by John Ayto:

“As the usual time for dinner progressed during the eighteenth century, towards the evening a gap opened up for a late-afternoon refreshment, filled by what has since become the traditional English afternoon tea, a meal in its own right, with sandwiches and cake as well as cups of tea (amongst the earliest references to it are these by Fanny Burney in Evelina (1778): ‘I was relieved by a summons to tea,’ and by John Wesley in 1789: ‘At breakfast and at tea…I met all the Society”

One wonders if the Duchess would have felt satisfaction or chagrin if she’d known that almost two hundred years later her boast would still be perpetuated as truth.  I found an excellent video offered by London’s venerable Fortnum’s department store (established 1707) that said the Duchess had invented afternoon tea (I used to have it embedded here, but it was taken down from YouTube, alas.

No matter where it came from, afternoon tea is still a favorite today. We associate a cup of tea with relaxation. Whether it’s taken alone or with friends, accompanied by scones or bread and jam or by nothing at all. Whether taken in the morning, in the afternoon, or in the dead of night, tea is a small way to have a big impact upon our sense of wellbeing. It’s a way of being good to oneself.

At my house, this morning, this calls for a batch of fresh blueberry scones and a cup of Earl Grey–piping hot and extra sweet (the way I love tea the best).  Or perhaps I’ll pair a couple of shortbread biscuits (“cookies,” to my American friends) with a nice cup of Tazo Zen tea.  It’s one of my favorites, a wildly fragrant tea with lemongrass, verbena, and spearmint. Or, perhaps I’ll cheat a little and have hot cocoa instead, with a sinfully delicious slice of homemade chocolate cake (I’ll share my recipe in my next post). What? A proper afternoon tea with no tea?

There are those who would insist that “proper” tea isn’t very sweet. That it is served with milk, never cream (oh, the horror!). That it is served at certain times. That the pinkie is held aloft and milk is added last (or not; both of those rules are fiercely debated). That one holds the saucer only when standing and never when seated at a table. There is even a rule that says the savory tea sandwiches are eaten first, scones next, and sweets last.

Rubbish! Tea shouldn’t be about rules and fashion. It doesn’t matter whether you treat yourself to traditional, oh-so-proper black tea and cucumber sandwiches or to Kool-Aid and Oreos, if that’s what you enjoy. The important thing is to pause and relax, whether alone or with others. To take care of yourself, just for a moment. To count your blessings. To be happy.

Afternoon tea is all about slowing down and being good to oneself–something I hope the Duchess of Bedford understood, though I suspect the poor thing was more concerned with being thought fashionable than with taking time to relax and enjoy the moment. Life comes at us so fast these days that we don’t often take time to enjoy it.

Take a break. Have some tea (or cocoa or juice or whatever pleases you most). Relax and be good to yourself, for just a moment. And then set a reminder to do this for yourself again very soon.

After you’re finished, I’d love for you to come back here and tell me about it. What did you have? What kind of tea? Did you relax and enjoy the moment? And did you set a reminder for next time? Will you make this a regular habit? Anne, the Duchess of Bedford and I hope so. 😉