Coming in August and September, 2021

My next book, The Lord of Surprise, will be published in August, and its sequel, A Gentleman and a Rogue, will follow in September.

The Lord of Surprise

William St. John, the mischievous Earl of Meeham, intends to spend an entire delicious month creating havoc at Highmere Park, his best friend’s country estate, by posing as the new butler while Pink is away, but Pink’s dratted, competent, and all-too-lovely housekeeper has other ideas.

Miss Elizabeth Hendrix, housekeeper of Highmere Park, has no intention of allowing an inexperienced butler to ruin her pride and joy. For the past three years, Elizabeth has run the grand estate with no butler to get in her way.  She loves the place fiercely. Everything at Highmere Park is perfect–except for the dratted new butler, who seems bent upon turning her perfect world upside down.

As the days pass, Will begins to feel a little remorse for the mischief he’s caused.  The pretty housekeeper really does love the place, and she’s clearly distressed.  And then Will recalls a visit to Highmere when he was but a boy–and a girl he’d espied swimming naked but un-shivering in the cold lake, and he begins to suspect that Miss Hendrix is connected to the estate in a way not even she understands.

A Gentleman and a Rogue

A cast of recurring characters populates my imaginary Regency world.  Some of these characters play major supporting roles, while others are more like movie extras, but once in a while one of the extras steps out of the shadows and takes on a greater role.  That’s what happened with Samuel “Pink” Peplim.  He was so much fun to write that I just had to make him the hero of my next novel!

In The Lord of Surprise, Pink is the hero’s best friend. He’s a “pink o’ the ton,” a dandy, a fop, a peacock.  Someone who lives for fashion and parties and gossip.  And he’s also terribly shy around women.  So when he whispered in my ear that he actually leads a double life, one I should write about, I was understandably intrigued.

It turns out that in the wilds of Cornwall, the mincing “Pink” Peplim turns into Jago “Jag” Lanyon, manly man!  As the dashing Jag Lanyon, Pink robs from the rich and gives to the poor (at least the nearby villagers think he does).  He’s a local hero.  And he’s good at it.  In fact, the Jag persona feels so natural to him that, as the book opens, he’s not really sure who he is anymore, Jag or Pink.

Enter our heroine, Rosie Greypool, who helps Pink figure himself out.

Clever and resourceful, Rosie has lived by her wits for as long as she can remember, and she’s tired of it.  Left an orphan as a young girl, she had no choice but to become a thief and keep moving to avoid being caught.  On the day our story opens, her luck runs out.  She picks the wrong pocket and is almost caught, but at the last second, she’s saved by a Legend, none other than the notorious Jag Lanyon.

Jag puts her on his horse and sends it galloping off to his remote, farmhouse hideout whilst he deals with her pursuers.  Once there, Rosie moves fast to steal Lanyon blind—but then she discovers evidence of Jag’s alter ego and realizes that Jag has something much more valuable to her than a few trinkets.  As “Pink Peplim,” he can help her become the lady she was born to be.  If he chooses to.  And if he does not, there’s always blackmail…

These stories are both such fun!  I’m having the best time writing them, and I can’t wait to share them with you. 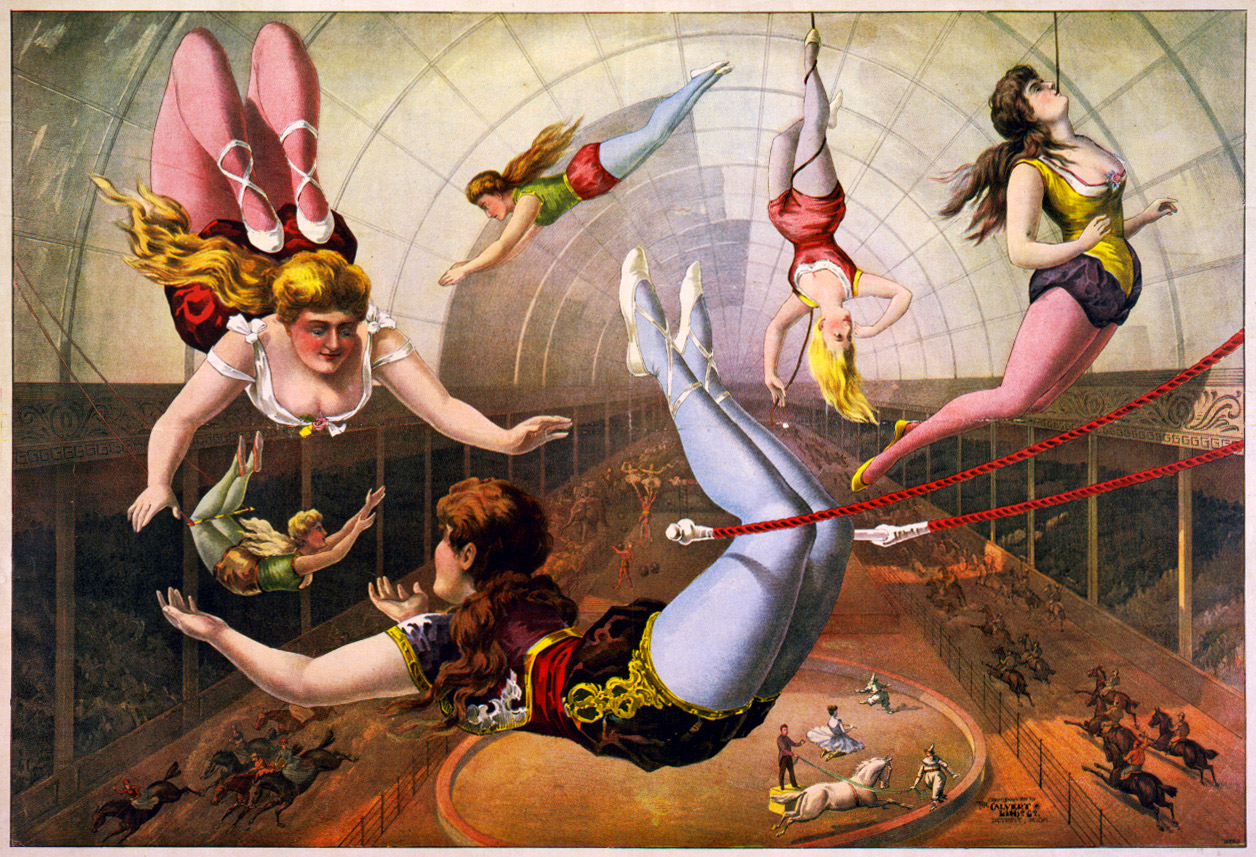 My first finished novel became a finalist for a Golden Heart Award from the Romance Writers of America and was published in 2001 by Kensington Books as part of its Zebra Regency Romance line.  Four years and six more novels later, when Kensington stopped publishing Zebra Regencies, I was invited to continue writing for Kensington, but since my home life was busily falling apart, I elected to stop writing altogether. It’s difficult to write about love when the person you love stops wearing his wedding ring.

Needing a creative outlet, I began to paint.  I created and sold over 350 large-scale abstract expressionist paintings.  I was discovered by a prestigious art gallery with showrooms in Paris, New York, Tokyo, Dubai, San Francisco, Orlando, and London. The gallery had a deal with a large and well-known cruise line to sell art onboard, and they wanted all of the paintings I could produce.

And then, the Great Recession hit.

Suddenly, no one was buying art.  The gallery lost its deal with the cruise line. Then, the gallery closed, taking nine of my paintings with it.  So, I built my own art gallery online (I enjoy creating websites, including this one).  Attempting to make a go of that during the financial crisis, plus a move, a divorce, a courtship, a second marriage, several family health crises, and the raising of two young daughters all occupied the balance of the next few years.

And then, in 2012, a writer friend of mine told me she’d indie-published her backlist books on Kindle and Nook, and she was making much more money on those books as an indie than she did when she was traditionally published by a big New York publishing house. Why didn’t I give it a go? she asked.

What did I have to lose?  My books were all long out-of-print and just sitting there, doing nothing.

So, I asked my old publisher for my publishing rights back, and I got to work creating new covers.  Now, I’m an artist, so creating new covers wasn’t difficult. But I’ll admit that I regarded it as more a labor of love than a necessity, since I suspected that the old saw about people judging books by their covers was mostly hyperbole.

Yowza, was I wrong!

Those covers were good, and they sold a ton of books.  To my delight, my indie-published ebooks really took off, ultimately reaching #1 on Amazon’s Top 100 Regency Bestsellers list and #4 on the Historical list (as well as #150 on Amazon’s main bestseller list!).  In a year, they’d earned me eleven times as much as they ever earned during the whole time they’d been print-published by my old publisher. I started a new novel–it felt so good to be writing again!–and things were going great.

Until Amazon changed my covers.

A few months into my Great Indie Publishing Adventure, the ‘Zon, inexplicably, switched out the covers I’d made, replacing them with the old ones (which were mostly terrible).  And because I was busy paying attention to other things, I didn’t notice the switch for two months.  It was almost four more months before I could convince Amazon to put the new covers back on.  But by that time it was too late.  Sales had halved each month for six months.  And by the time Amazon finally did put my new the covers I’d made back on my books, sales had evaporated.  I went from being able to buy a new car with one month’s earnings to barely being able to afford groceries.

I’d been writing a new novel, the first of a new series, and I thought that I could probably re-launch my indie career with it and its sequels, but I couldn’t be sure, and with two young daughters to care for, I needed to be Absolutely Certain we could pay the bills. So I found a teaching job for the coming year.

Annnd…guess what?  Teachers don’t have time to write or to promote their just-launched novels.  At least, this one didn’t.  I taught art and drama that year, a job which required 11 hour days, if I wanted to do it right–and I did. Book sales sank even farther into the loo and stayed there.

Fast forward to 2015.  For many reasons, a fresh start was in order.  So, with my children and husband, I fulfilled a dream I’d had for years, moving from Florida to the Pacific Northwest, where we now live on the edge of the Wild, in the foothills of the beautiful Cascade mountains.

But the next 5 years would be rough.

I went through the deaths of four people I loved (two sudden and two lingering, and I’m not sure which is worse), plus serious illnesses for my husband and daughter (which they both recovered from, thank goodness!).  During those years, writing was impossible.

But the currents of life have brought me back peace and happiness again, and I’m writing.  Loads and loads of writing.  I’ll be releasing new books galore a little later this year.  And I couldn’t be happier.

Sometimes when you leap, the net doesn’t appear, but I’ve always been a leaper anyway.  How about you?